Working together for our communities

Police Stations are high public use facilities and should be of robust construction for durability and a long service life. This will ensure only minor operational costs to keep them functioning and in satisfactory condition.

The Assets Unit at the Ministry of Police have been trained in how to complete a condition assessment for buildings, and assessments were completed for all Police outposts. Understanding the condition of assets, and establishing an asset register, is fundamental to setting the strategic direction for a building portfolio. 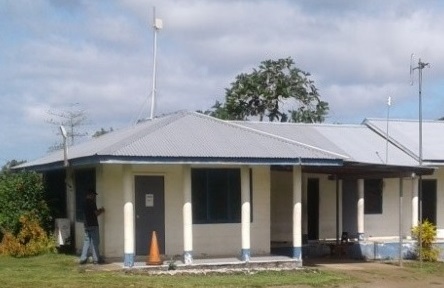 A number of the Police outposts in Samoa are in tired condition and further detailed assessments will be undertaken to define the scope of works for upgrades. 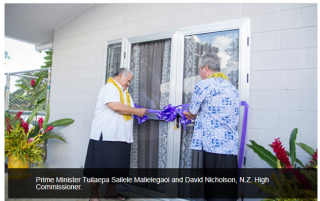 The Ministry of Police have been working with the Auckland Council’s asset management team to develop an asset plan for the newly constructed Tafaigata Dog Shelter. The shelter, opened in April 2017, was funded through the New Zealand aid programme. It was built to support Samoa’s growing tourism economy as tourists had consistently identified stray dogs as a problem in tourism surveys.

The asset plan for Tafaigata shelter has provided a template for the Ministry of Police to continue with asset planning for the rest of their building stock. This work will continue over the next 12-18 months and will include the Police headquarters in Apia and Police outposts on both Upolu and Savai'i. 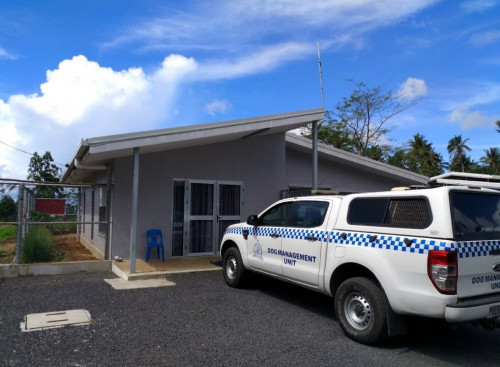 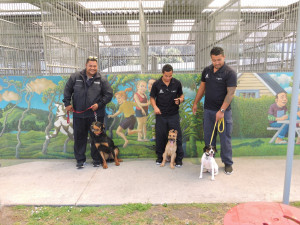 The PacificTA Programme has been actively working with the Dog Management Unit (DMU) in Samoa since April 2014, as the newly established Unit began to introduce the Canine Implementation Act to their community.

This programme has involved support for the introduction of dog registration and community education and awareness on what it means to be a responsible dog owner in Samoa. Alongside these activities de-sexing has been provided through co-ordination with the Massey University Veterinary School.

The community is now expecting more from the Unit and have been asking for assistance and advice on how to keep their dogs under control and how to avoid aggression in their dogs. To that end, the DMU officers have learnt dog behaviour and control methods while in New Zealand for training, in order to pass these on to the community.

PacificTA support for the DMU is now tailing off and while roaming dogs may continue to be part of the landscape in Samoa it is important to know that generally the dogs are very well socialised, and that the DMU is well prepared to ensure the welfare of the dogs in their care and the safety of their community. 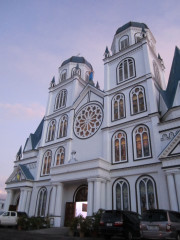 Cities worldwide are turning to their waterfronts to provide authentic experiences that are unique to their particular location. Apia’s waterfront is no different, with a rich social and economic history that links the people to the sea.

The Samoan Prime Minister, Tuilaepa Aiono Sailele Malielegaoi, visited Auckland’s waterfront in June 2013. This visit resulted in a scoping visit by local government representatives from Auckland Council and Wellington Regional Council to talk with community and identify the opportunities for the development of the waterfront in Apia.

The initial report suggests a number of prerequisite measures and “quick wins” – practical and affordable interventions that can get the ball rolling with waterfront development. The report also suggests a process to identify, prioritise and deliver strategic initiatives that will unlock the potential of Apia waterfront.  For more on this work you can read the report here. 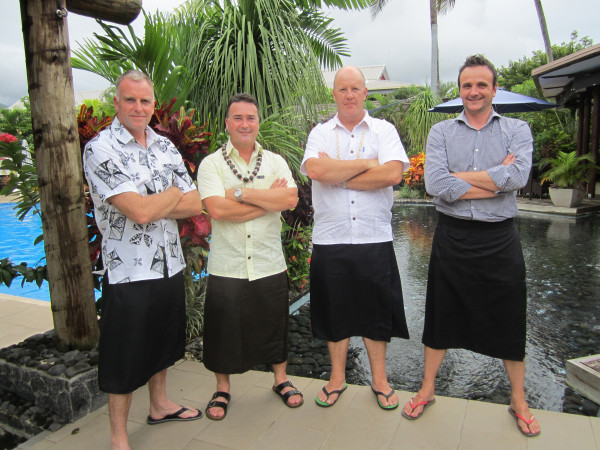 The Samoa Police Service is responsible for the administration of the Canine Control Act (2013). In October 2013, representatives of Local Government New Zealand and Auckland Council were in Apia to scope an implementation plan for the delivery of dog control services in Samoa.

The goals of the implementation programme are to provide a secure and safe environment for the Samoan people and visitors to Samoa with a focus in and around Apia in the first instance.

In April of 2014, the newly recruited members of the Dog Management Unit were in Auckland to undertake preliminary training on shelter management and dog control alongside Auckland Council animal management officers. Further training has been undertaken on the ground in Samoa and additional members to the team have been hosted by Auckland and Hutt City Councils for training.

An establishment phase review of the Dog Management Units activities was undertaken in September 2014. The Dog Management Unit (DMU) has established robust procedures and practice to ensure the health and safety of the team and the welfare of the dogs, and the team culture is positive and enthusiastic. Community education and awareness is ongoing with further outreach beginning into villages around Upolu. The DMU are working with Animal Protection Society in both outreach and school education and this is proving beneficial to both parties.