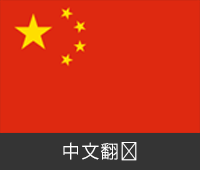 It is my great pleasure to welcome you to the second New Zealand China Mayoral Forum to be held at Te Papa, Wellington on 3-4 December 2017.

This mechanism, launched on 21 November 2014, provides a platform for peer-to-peer exchanges for New Zealand and China mayors to discuss issues of mutual interests strengthen practical cooperation and enhance friendship.

The 2017 forum theme is “Sustainable economies - balancing economic development with the environment.”  It builds on the success from the first forum held in Xiamen, China in 2015 which produced tangible outcomes for the mayors that attended from both countries.

This year we are pleased to include a Business Forum and Matching Session on the Sunday before the main forum.  The focus will be on opportunities for Chinese and New Zealand businesses to connect and discuss opportunities for trade.

Our main forum programme on Monday 4 December is designed to further deepen our exchanges in tourism and education.  Both sectors have been a cornerstone of the New Zealand and China trading relationship and I am delighted to host a forum to further explore opportunities in these sectors.

I would like to thank the Chinese People’s Association for Friendship with Foreign Countries Wellington City Council, Ministry of Foreign Affairs and Trade and our sponsors for their generous support in making this event possible.

Most of all we thank you our guests from both China and New Zealand for making the effort and taking the time to travel to Wellington to make this event a success.  We look forward to your involvement and hope you will gain many benefits from being involved.

On behalf of the Chinese People's Association for Friendship with Foreign Countries, I would like to welcome all the guests from China and New Zealand to attend the 2nd New Zealand China Mayoral Forum.

Entrusted by the government, to coordinate and oversee the work of establishing and developing friendship-city relations between China and other countries. Since the first pair of friendship cities built between Guilin and Hastings in 1981, the two countries have established 35 pairs of sister city relations (As of July 2017).

In 2014, with witness from President Xi Jinping and then Prime Minister John Key of New Zealand, our association worked with Local Government New Zealand to establish the New Zealand China Mayoral exchange and cooperation mechanism to encourage more cities from both sides to deepen exchanges, enhance friendship and promote common development. March this year, Premier Li Keqiang's successful visit to New Zealand injected new impetus into the development of China New Zealand relations. "The two sides agreed to hold the second New Zealand China Mayoral Forum within the year" was also released as part of the outcomes for Prime Li’s visit.

The relationship between economic development and environmental protection is increasingly attracting world attention. President Xi Jinping pointed out “Lucid waters and lush mountains are invaluable assets” on China's economic development. The building of the Silk Road Economic Belt and the 21st Century Maritime Silk Road initiated by the Chinese government is to deepen environmental cooperation with the international community, implement the green development concept, strengthen the ecological environment protection, creating a better future for our generations to come.

With the theme as “Sustainable economies - balancing economic development with the environment”, this Forum can largely facilitate idea-exchanging and experience-sharing among local governments of our two countries. I believe this will also link cities of both sides closely to deepen bilateral practical cooperation and enhance the people’s friendship between New Zealand and China.

Wellington is the city of culture and arts in New Zealand, also serving as Oceania's important cultural center. We are delighted to see the opening of the second Mayoral Forum in this city. I would like to thank Local Government New Zealand, Wellington City Coucil and all of our friends for your strong support to this Forum! Finally, I wish the second Forum a complete success!

the Chinese People`s Association for How can we improve this site?