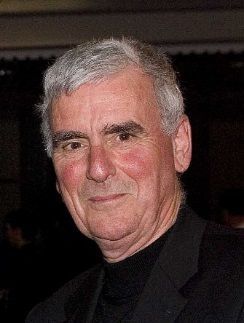 Laurie Gabites has 35 years of experience as a sworn Police Officer with the New Zealand Police including 10 years managing projects associated with alcohol harm reduction and community safety at Police National Headquarters. From 2001-2010 he worked for Wellington City Council as the Manager City Safety. The role included managing all the community safety initiatives in the city with reducing alcohol related harm a significant part of that work. Laurie has experience in managing city wide campaigns and interventions aimed at reducing alcohol related harm which includes evaluating data to determine a way forward. He is a member of the Local Government Alcohol Reference Group and has been called on to provide advice to Hon Sir Geoffrey Palmer; Local Government NZ and Wellington City Council in relation to the Law Commission’s review of alcohol and the subsequent development of the Alcohol Reform Bill which recently became the Sale and Supply of Alcohol Act 2012.

Laurie is well versed in the provisions of this new Sale and Supply of Alcohol Act and understands the role of local authorities and other statutory agencies in both enforcement and administration.  He has good written and verbal skills having worked in a variety of roles requiring a close working relationship with communities and key stakeholders. Laurie is a CPTED practitioner and a qualified site assessor for WHO International Safe Communities. Laurie is also a Regional Advisor for Safe Communities Foundation of New Zealand.

Please contact the EquiP team for further information on 04 924 1200 or email equip@lgnz.co.nz